Activities in Nicaragua included, among others, hydrological modelling and socioeconomic assessments of adaptation scenarios. Studies to identify critical tropical forest ecosystems that provide services to the hydroelectric-power and drinking-water sectors were elaborated. A similar approach was followed in Honduras, where water and hydric diagnostics related to the drinking water sector were also conducted. Economic evaluations were conducted in Costa Rica, including analyses of Payment for Environmental Services (PES) schemes, cost-benefit analyses of adaptation strategies, and vulnerability assessments. 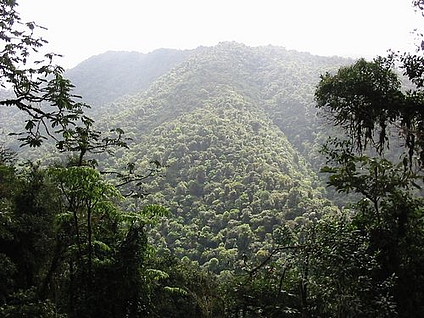 TroFCCA–South-East Asia was implemented in Indonesia and the Philippines. During the kick-off meeting on 29–30 May 2006, the TroFCCA stakeholders in Indonesia selected forest fires and landslides as regional research priorities. These two topics are important issues in the forestry sector of Indonesia. Long-term changes in climatic trends in the region are expected to increase the frequency and intensity of fires and landslides. Without efforts to forestall the loss and adapt to future climate, these two hazards could cause significant economic disruptions and resource loss for national development. For example, the total estimated loss caused by fires in 1997–1998 was between US$8.7 billion and US$9.6 billion. On average, landslides cause 40 deaths and US$4 million in economic losses per year in Indonesia.

The vulnerability of forest ecosystems to fire was analysed through the integrated vulnerability assessment framework for socioecological systems. The role of trees in anchoring soil and reducing landslide risk was evaluated in risk zones. Integrated vulnerability assessments in relation to landslides were also conducted in critical zones with a special focus on adaptive capacity related to land management and other socioeconomic factors. Adaptation strategies were developed based on the results.

The research focus of TroFCCA in the Philippines targeted the water resources sector. Water resources in the country are essential for domestic and industrial use: irrigation, power generation, animal husbandry, fisheries and recreation activities. The country is becoming more susceptible to water-related disasters under weather extremes, such as floods, droughts and typhoons. The potential of ecosystem-based adaptation strategies was explored and evaluated under different contexts and recommendations for policy and sectoral plans were made. 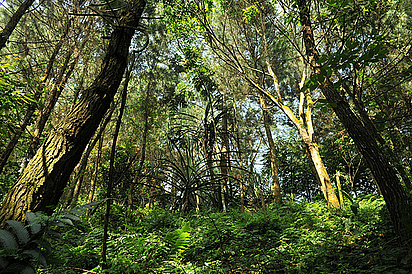 TroFCCA activities in West Africa were implemented in Burkina Faso, Mali and Ghana, where stakeholders identified and prioritised forest-based sectors on the basis of their importance to national development and their related vulnerability to climate change impacts. Energy, health, water and food were defined as the most vulnerable sectors. Research efforts focused extensively on forest-based coping strategies of local communities and local and national governance arrangements that enable or undermine adaptation.

The extent to which climate change adaptation is compatible or adequately dealt with in sectoral plans affecting forestry and forest ecosystem services in West Africa was analysed. The potential contribution of forest, firewood and water catchment policies and practices to the adaptation of society was evaluated.

Network analyses were conducted to assess the role of networks in influencing policy outcomes (e.g. in National Adaptation Plan of Actions) by examining information flows and power relationships in the arena of forests, climate change and adaptation in Burkina Faso and Mali.

Comparative research focusing on governance, forests and adaptation was undertaken in municipalities in south-western Burkina Faso. In-depth interviews were conducted with representatives of local institutions and development projects to examine the opportunities and barriers for successful adaptation in the context of ongoing decentralisation. 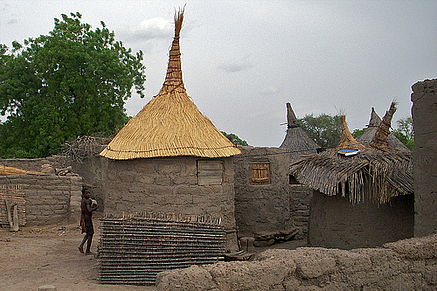